Depends on his emotion, but usually purple/red

Apathy or XL!Judge is a human/monster hybrid. He comes from a desolate AU known as XL!Tale, which has been "deleted". He is also considered boundless since he can gain an indefinite amount of LV. He will never be fully peaceful, considering he could snap and go on a rampage again. He also has absorbed the power of all seven souls.

Apathy takes the place of Sans, and would be the final boss. As said before, Apathy comes from a barren AU known as XL!Tale, which cannot be accessed by anyone other than him. He was the royal judge and executioner, bringing four of the seven souls to Asgore. He was driven mad by multiple genocide routes and decided absorbing the souls was the best option, which wasn't supposed to happen. Him doing this enraged Frisk causing a battle that lasted three days, furthermore destroying the Underground and its remaining inhabitants. He finally came out on top, resulting in him gaining thirty-nine LV and Frisk's determination.

Apathy was created by Gaster using samples of the Perseverance soul, Chara, himself, and Sans. Apathy grew up to be the Royal Judge and Executioner, killing any human that crossed his path. XL!Tale Frisk was spared only because he had hope that she would save the Underground. Apathy is brutal in his methods of killing humans, using his full power against them.

He and Sans are great friends, considering they grew up together and became friends. He is Pap's father figure, raising him ever since Gaster gave him to Apathy. Sans is too busy in the Royal Guard so he gave Apathy the role to raise Papyrus.

Apathy is the right hand man of the Court, Asgore being the leader. The Court consists of Apathy, Sans, Undyne, Gaster, Ariel, River-Person, and etc. The Court's job is to decide major decisions that happen in Underground and to execute any humans that cross them. When Frisk first entered the Underground, he just watched her and warned the Court, but during the Court discussion about whether to kill her or protect her, he defended her, having hope that she'd free the Underground. However even though he knew she'd free the Underground something was off. Once they was freed, the timeline reset. He knew what happened and he knew what was to come too.

Sans was the first in the Court to go down defending the Mines (future location). Undyne was next in Waterfall, being brutally amputated. The River-Person died in the True Lab defending Gaster and Ariel. Gaster, Ariel, and his followers were the only ones to make out alive. Frisk headed for the Judge and King next. Asgore and Apathy fought valiantly, but Asgore tired out and died. Apathy tried his best, but couldn't stand the barrage of attacks finally giving up. This repeated over and over until he had a thought. What if he absorbed the king's soul and the human souls? So he did, and he gained immense power. Frisk, overwhelmed by hate, fought him. This battle lasted three days and three nights, costing the remaining citizens of the Underground their life. Frisk, out of healing items and tired, gave up. Apathy quickly absorbed her soul, giving him DETERMINATION.

Apathy, now alone and in a "waste of space", tried to find a way out. He knew there were other timelines and he knew of possibly even other versions of him. For days, months, or even years he looked for a way to get out. He, after a grueling amount of time, got out by teleportation.

Ink found him there after an unknown amount of time. Ink greeted him and asked what his name was. Apathy, scared and reluctant, decided that killing him would make sure that he wasn't in danger. Ink was surprised by the sudden attack and fought back, but to his horror, his attack done almost nothing to Apathy, considering the large amount of health he held. Ink knew he couldn't win; so he tried to calm him down. He was successful in the most part, however, Apathy was still weary of Ink. He decided that running away was his best chance of survival, so he teleported to a random AU. The AU he teleported to was Horrortale, and considering he was still in his human form or "flesh armor", the monsters mistook him for a human. Apathy obliterated that AU in a matter of hours, but something was off. Apathy liked killing those monsters, he liked gaining all that L.V. for himself. He then decided to destroy any AU that had even a small sense of dread in it. Over time he lost most of his empathy and started destroying normal timelines too. He went insane after the 4th AU he destroyed as he said "I'm only saving them from their miserable lives."

Ink and Error detected him going on his rampage and they both agreed to stop it before it got out of hand. They found him in a Dusttale AU. They sadly got there too late as he already absorbed the souls' power and had killed Dust. Apathy, in a fit of rage, tried to kill them, but he was defeated quite easily since he just drained his energy on Dust. Ink revealed to Apathy what he had done by showing him the damage he caused. Apathy, in shock, burst out in sadness and tried to blast himself with his blaster. Thankfully Ink was able to stop the blaster from decimating them. After that ordeal, Ink convinced him that it wasn't his fault. Apathy now walks around the Multiverse, doing whatever Apathy does, it's not like there would anyone able to stop him in his full L.V. form...right?

Apathy looks like a caucasian human, but consists of monster and human anatomy. He can function without human organs. He tends to wear a black hoodie, jeans, and sandals, or if he's feeling lazy, a t-shirt, grey shorts, and slides. He always wears a pair of fingerless gloves, maybe there's a reason? Apathy can shed his skin off, considering he is part monster.

He usually has an antique Luger or a Desert Eagle hanging on a toolbelt he sometimes wears. He has two katanas that are bound to him by unknown means. These katanas hold a vast number of souls that he's "harvested".

Apathy has the appearance of a 15 year old boy, but is around the age of 25. He has scars all over his arms, legs, chest, and one going halfway around his neck, mostly from past Genocide routes. He has short blond/brown hair, going from his head to the middle part of his neck. Whenever he sheds his skin, his bones will change color depending on his mood. He can also tint his bones black if he wants.

His skin more or less works as armor, making it stretchable. His arms can be stretched the most, about 3ft (1m).

Apathy really isn't a fan of anything, but he does like to write time to time. He's scared of loosing the people he loves again.

Apathy is smarter than Sans, but not as smart as Gaster. He has a near photographic memory though he tends to forget small things easily. Apathy can get excited, he just chooses not to show whenever he is. Apathy is super nice and sweet when he talks to people he knows such as, Ink, Sans, Error, Swapfell Paps, etc. When Apathy meets new people (that don't want to fight) he'll usually be neutral and brutal unless they have a high LV count or have a "bad vibe".

Whenever he fights someone he'll try to dust them as quickly as possible. If someone tries to fight him out of fear or fun, he'll go about the same level as Papyrus's attacks. If someone attacks him with an intent of doing harm, he'll fight back at about half strength.

With his ability to absorb powers he can be a formidable foe. His abilities include:

This Chara is an advanced summon by Apathy. Before XL!Tale was destroyed, XL!Chara was alive and well in the Ruins. XL!Chara and Apathy were planning their marriage before the human struck. Apathy pained by this, later created this Chara from her body and his DT. She has been cursed with blindness. When she was revived her eyes were teleported to somewhere in the UT multiverse. Apathy now scours the multiverse with her, trying to retrieve her eyes.

Apathy considers him a dear friend, end of story. 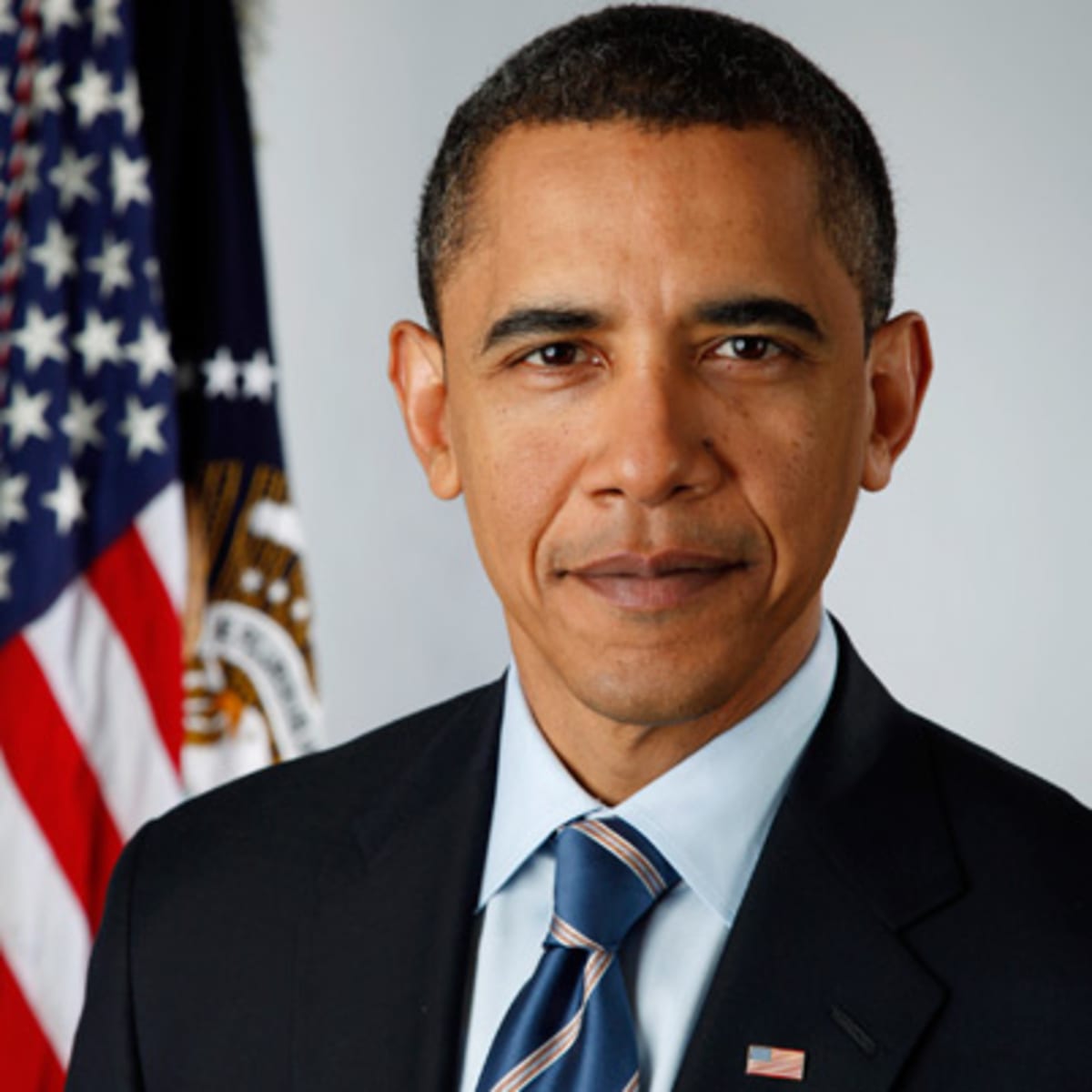