Error!Sans is a Sans variant created by LoverofPiggies (aka CrayonQueen). Originally a version of Geno of After Genocide, he fell into a dimension between Universe and became glitched beyond repair. He now dedicate his life to cleanse the Multiverse of the Anomalies, even if it means destroying all of the AUs and Out!codes in existence. Because of this, he's often known as the "Multiversal Destroyer".

Error is a version of Aftertale Sans (Geno) that messes around with dangerous determination magic, even with warnings from Sans. He eventually accidentally sends himself to the anti-void. To which, in his final moments of sanity, he's furious that even though he got his happy ending, this had to happen. Geno lost his sanity to hating everyone and anyone except for himself, which is why Error is so hateful and calls everyone 'glitches' or 'abominations'

In the present, Error is a black glitchy skeleton with a color palette mainly consisting of dark reds/reds, dark blues/blues, yellows, oranges, and blacks. He has two unsymmetrical eyes, one a small yellow pupil and the other is a circle with yellow, blue and black. He usually needs to wear glasses because of his eyes being messed up from when he was Geno but refuses to wear them sometimes. He wears a black hoodie, a red shirt, black shorts, and black slippers.

He has a selfish and playful personality and thinks he's helping out the multiverse. He steals things, raids and destroys AUs to name a few things he does. He loves to play jokes, and make snarky teases at his enemies. Canonically, he doesn't get mad until things don't go his way, how he expected it to happen, or when others trigger one of his fears.

At one point, Error captured a Sans from Underswap , whose eccentric personality and kind pacifism conflicts with his merciless and snarky attitude. Blue, however, is not naïve from this and is well aware that Error acts like a selfish prick. Instead of getting angry at him though, he simply sends him the same mercy as he does for everyone else. He even goes as far as to touch him, which triggers his haphephobia and causes Error to crash.

The Antivoid also have an effect on Swap!Sans, which eventually warped him into another Glitched Skeleton.

Despite their friendliness towards him (to the point that they save him from deletion), he's still convinced that they're just another anomaly needed to be deleted. He also plans to destroy their Omega Timeline as well (if he managed to find it).

Though they have no canon relationship, he's often been depicted with the self-proclaim Protector of the Multiverse. It was due to their conflicting views on the multiverse itself that they're often at odds with each other (Ink claim that the Multiverse was perfect the way it is, while Error views it as an abomination). 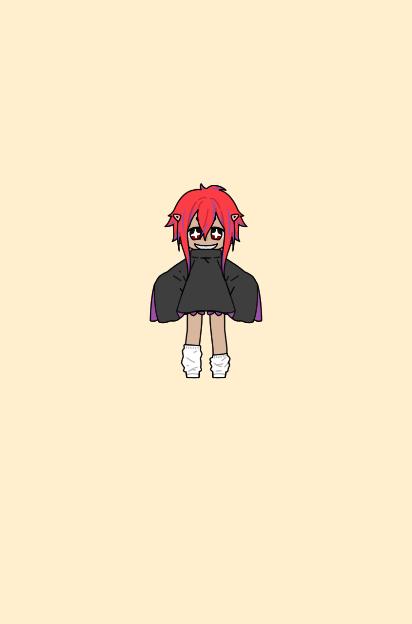